It costs nothing. It builds a lot.

All those with a salary or pension have the right to sign to support Hinduism.

Signing the 8×1000 does not involve any cost for the taxpayer nor does it involve a withdrawal of money from the bank account as some think.

Each 8×1000 signature has the same value because it does not depend on one’s income but on the total share of taxes that the state receives. For this reason each signature is important.

More 8×1000 signatures are given every year for the Italian Hindu Union, the more Hinduism can grow rapidly.

Remember that one’s choice to support Hinduism must be confirmed every year by signing 8×1000 for the Italian Hindu Union. Just once is not enough.

The Italian Hindu Union supports projects in aid
of temples (mandir and kovil),
consultations and assistance,
pandits for puja, samskara and festivals,
support for the elderly,
publication of books on Hinduism,
preservation of Hindu traditions,
education, culture,
Hindu Summer schools for children.

Your signature is important! 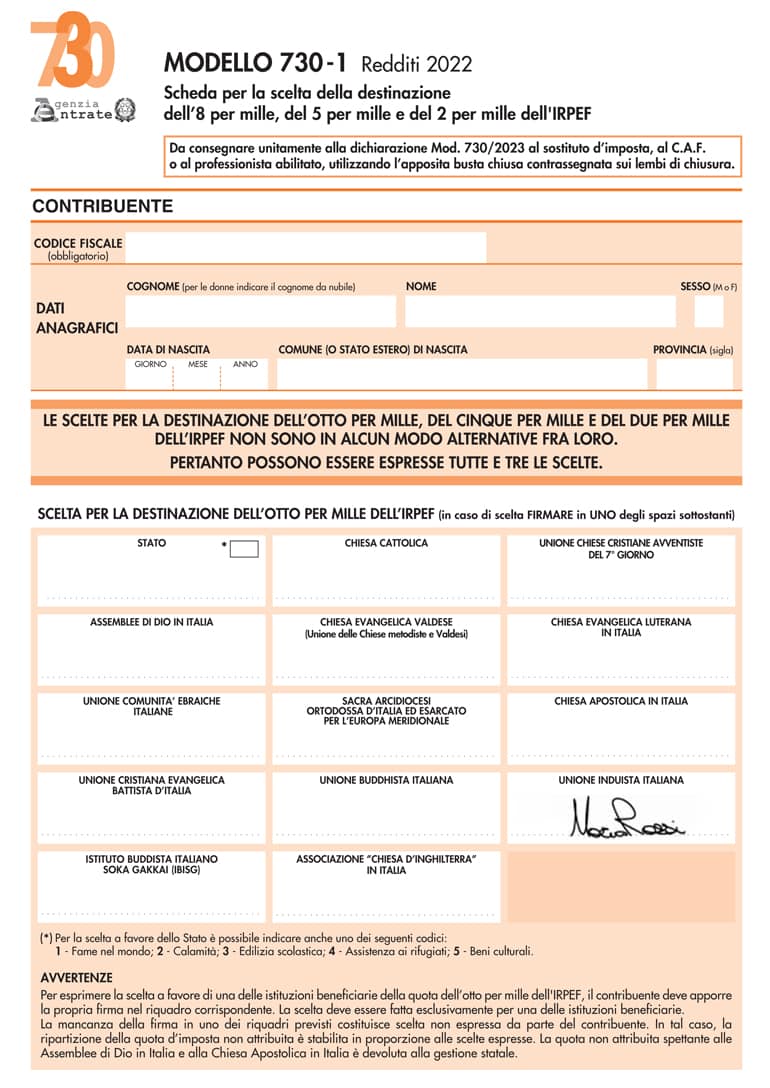 you are an employee or a retiree or have an assimilated income, and / or have other income to declare

you have no VAT number

Donate your 8 x 1000 to the Italian Hindu Union by signing the appropriate Modulo 730-1. It applies to both the pre-filled and the ordinary Modulo 730.

you only have retirement, employee or assimilated income

you are exempt from submitting your tax declaration

Donate your 8×1000 to the Italian Hindu Union by signing in the appropriate box.
The form, in a closed envelope bearing surname, first name, tax code of the taxpayer and the words “Scheda per le scelte della destinazione dell’otto, del cinque e del due per mille dell’Irpef” (meaning: Choice for the destination of the eight, five and two per thousand) can be delivered by hand to any post office or to a tax intermediary enabled, for example a CAF. 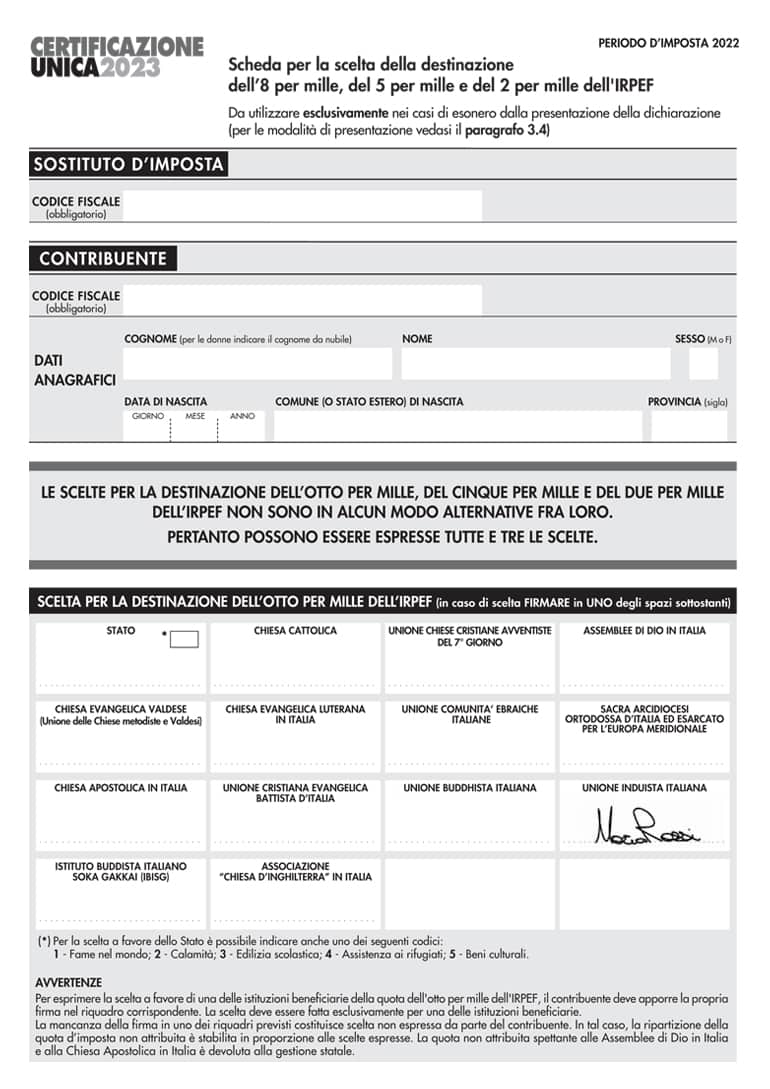 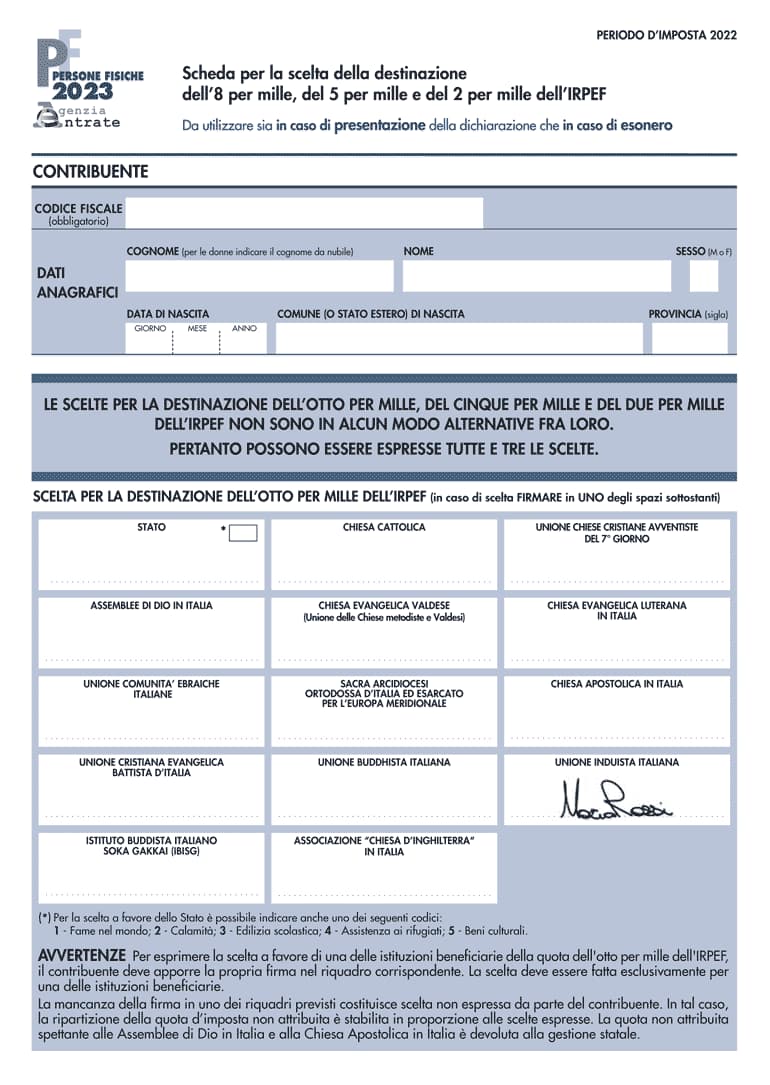 Donate your 8×1000 to the Italian Hindu Union by signing in the appropriate dedicated form. 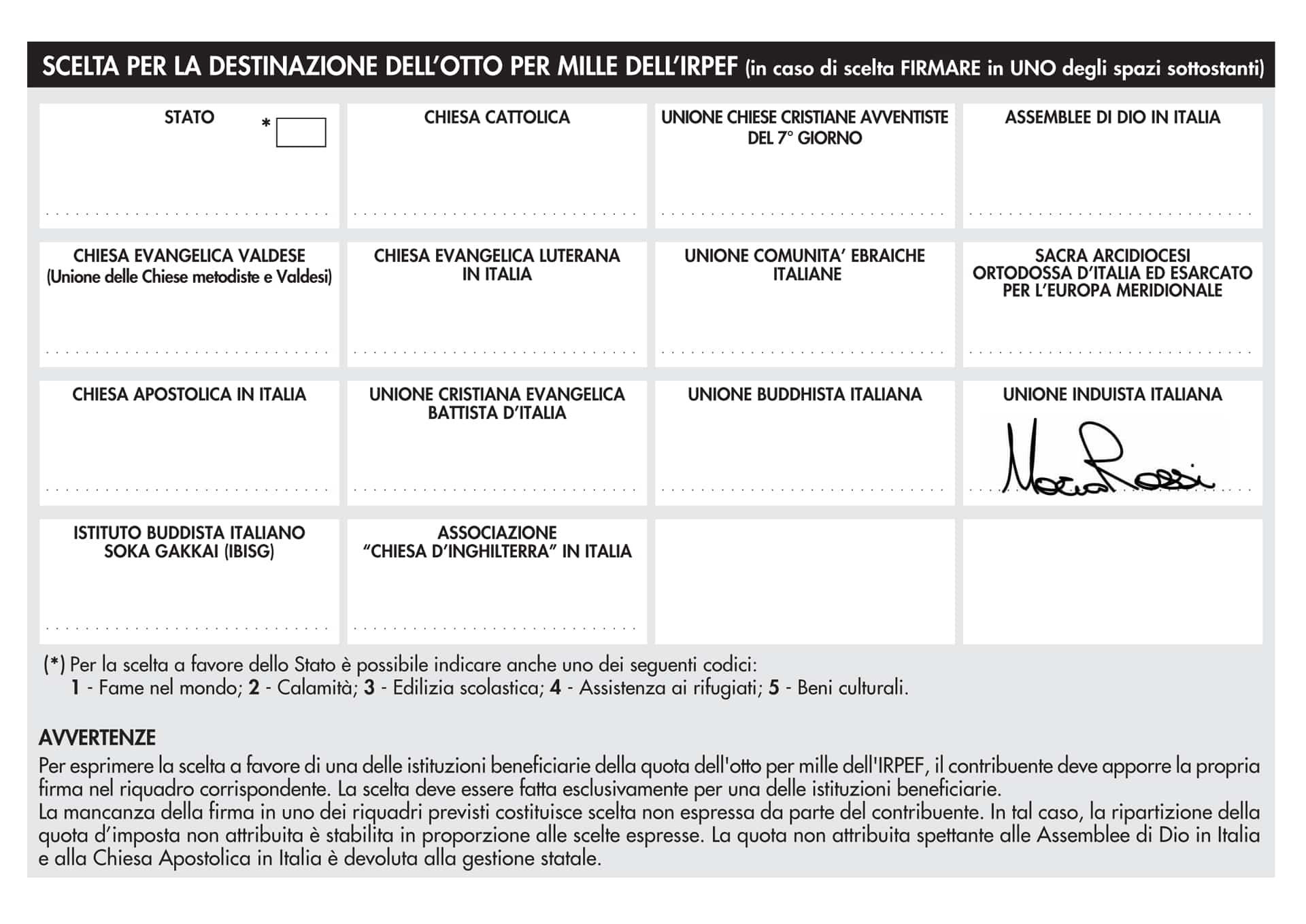 To allocate your 8 x 1000 you do not need the tax code, only the signature in the box of the chosen beneficiary.

Support Hinduism by sharing this page